We use cookies on our website. They help us get to know you a little and how you use our website. This helps us provide a more valuable and tailored experience for you and others.

You can revoke cookies at anytime at the bottom of the page.

Choosing a player per decade, the in-house team chose hand-picked those who transcended their own talents on the pitch and became icons in the beautiful game. Their cult status has inspired generations to see football as more than a sport, but an entire cultural movement.

Undeniable legends, each one of the players pushed the boundries of what it meant to be a footballer and through their lives on and off the pitch, became gods of the game. The chosen players for each decade are;

Wallpapers are available at: muralswallpaper.co.uk/football-wallpaper-murals.htm
All prints are custom-sized, made-to-order and priced at £23.50 per square metre with international shipping available. 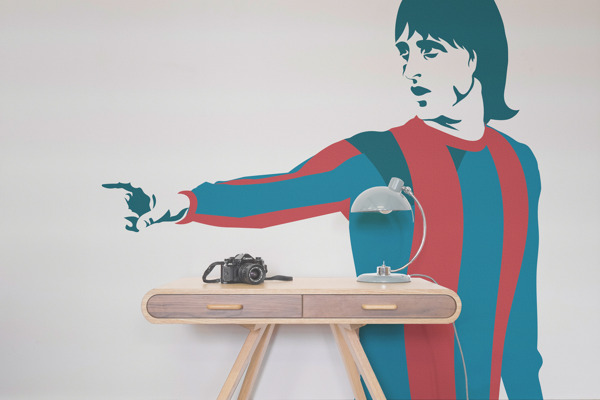 Hovia design, print and deliver wallpapers for residential and commercial projects the world over. All paper is sustainably sourced and printed on using toner that is water based and 100% environmentally friendly. The digitally designed murals and wallpapers are made to measure and unique to each and every customer, which means no two orders are the same.

Hovia is part of Milexa Group, a UK based custom surface design company with innovation at its heart, passionate about bringing beautiful digital design to walls and floors.